Number two in the series, this house on the cliffs was almost too picturesque.

Oil on panel, 12x24 inches
Click here to view in my shop

I knew I wanted to paint this scene, but it was a little bit awkward because there was a guy that kept standing on his patio in tiny underwear.  That's what I get for being out so early I guess. 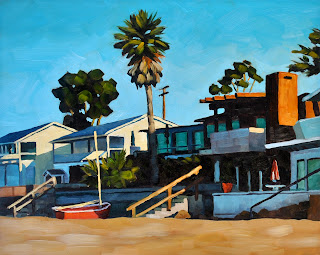 My husband "claimed" this one, so we'll see if he lets me put it up for sale in the Palm Loft show later this month :)

I love how windows shine like this when the sun starts setting... 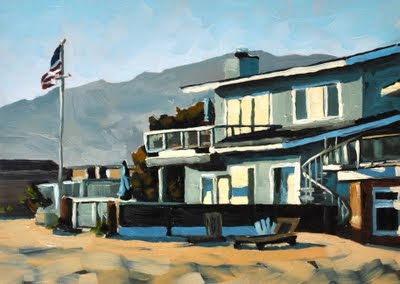 Here's the large painting I was working on last week!  I thought it was going to be such a pain to photograph, but it wasn't too bad.  I'm really happy with how it turned out,  and I'm glad I finished it in time for the studio tour!