I got all paint-angsty (that's totally a thing) last week, and so I painted this...as fast as I could (baby naps aren't too long).  I fully expected it to be a disaster, but I actually love it! 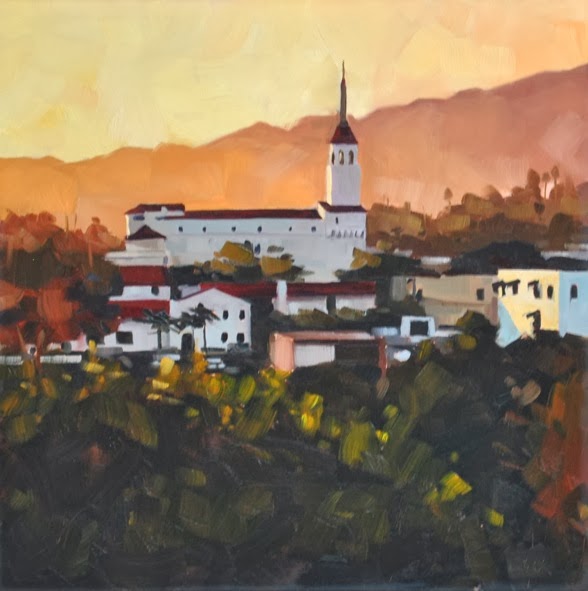 Where the Grass is Green - 6x6

Got to hang out in a SB park the other morning, love these springtime greens. 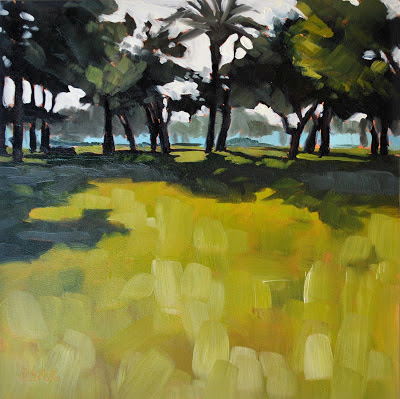 It's been at least a year since I've done a painting of the courthouse.  This commission was a welcome reminder of one of my favorite buildings, something about all that white is just so fun. 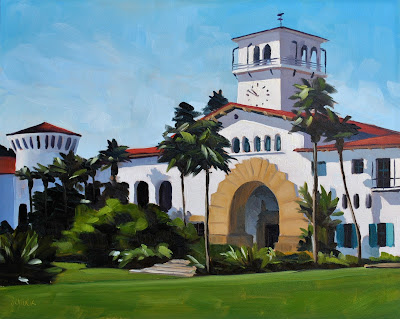 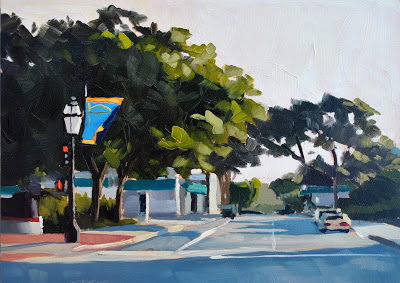 Here's a shot of that large commission I was working on a few weeks ago. Sunrise on Stearns Wharf.