The last in my train series.  From our stop in Lompoc, the ocean looked fierce here! I never want to go swimming in that water.  All the signs posted about shark attacks didn't help either. The colors were amazing though, and that's why I just had to paint it. 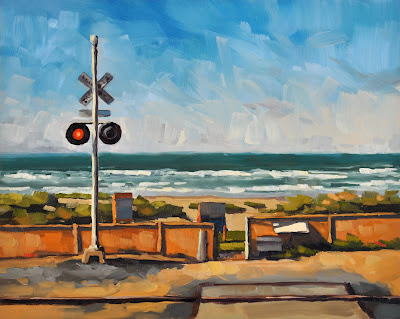 Oil on panel, 8x10 inches
Click here to view in my shop

The final painting in this little three piece set.  I think they look nice all together. 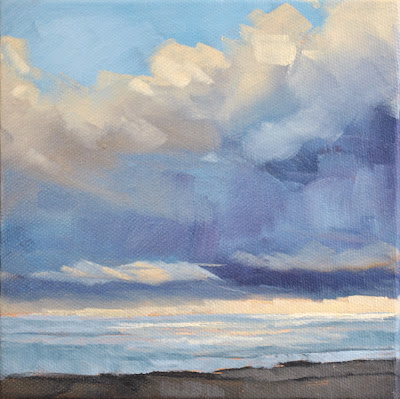 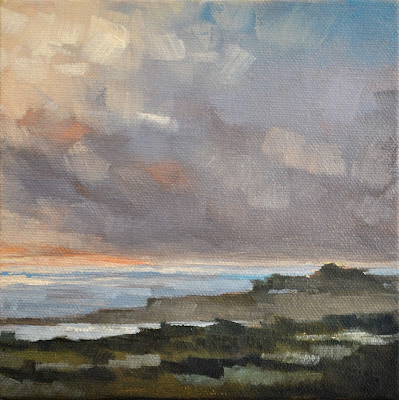 Oil on canvas, 6x6 inches
Click here to view in my shop

Haven't posted in a while because I've been playing in Big Bear for the last few days.  We had a wonderful and restful time :) 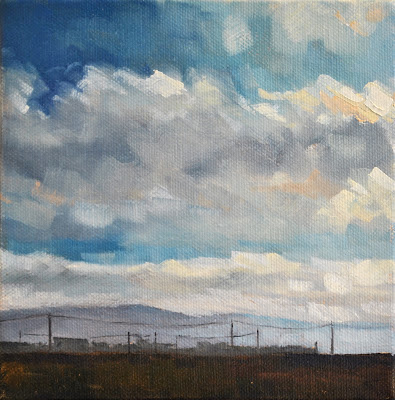 I saw this group of Airstream trailers and somehow managed to get the perfect shot of them while passing on the train.  I was estatic.  It was such a weird thing to see, and I just had to paint them.