The Lindisfarne Castle was built in the 1550's, around the same time that the Priory from yesterday's painting went out of use. They actually used stones from the Priory to build the castle. The castle itself is pretty small, but it sits on the highest part of the island, on a volcanic mound known as Beblowe Craig. 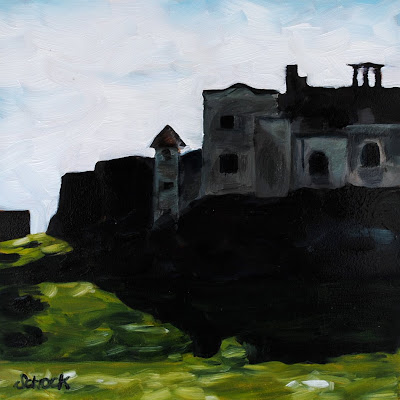 Oil on gessoed panel, 6x6 inches
$46
To purchase this painting visit my shop

I used to live in Santa Barbara, it was beautiful, and I never had to drive in snow. It was also cloudy a lot, hence the terms "May gray" and "June gloom", this is a painting of one of those days. 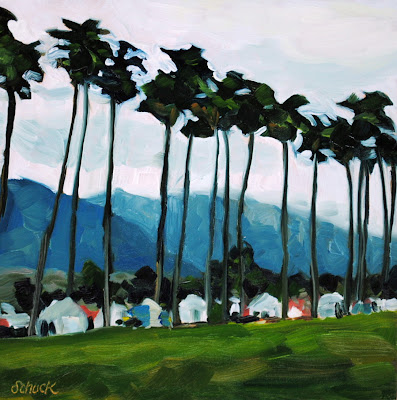 I was looking through my photos of our last trip to Hawaii and the trees in this one caught my eye, something about their silhouette against the overcast sky, I just had to try to paint it. 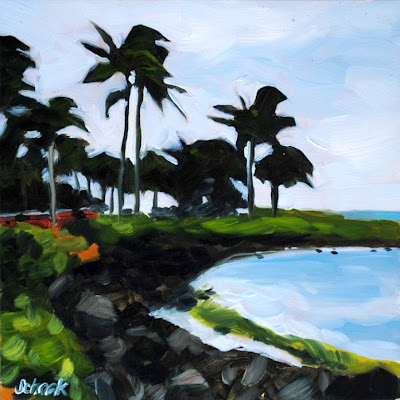 I really like how this painting turned out so I think it will be number 2 in the series for that upcoming show. It is also my favorite Santa Barbara courthouse painting that I've done :) 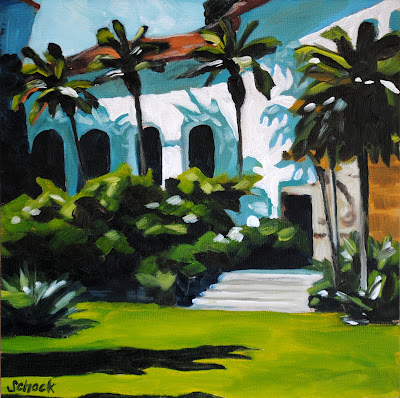 Today's painting is from another photo that I took while I was in Prague. If I remember right our hotel is in the bottom right corner, and that was the best hotel ever :) 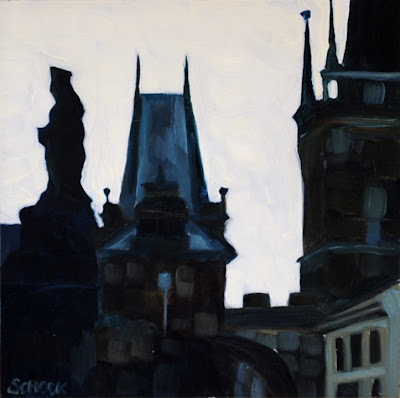