I think this is my favorite new painting I did for the show. It's also one of my favorite places to go :) 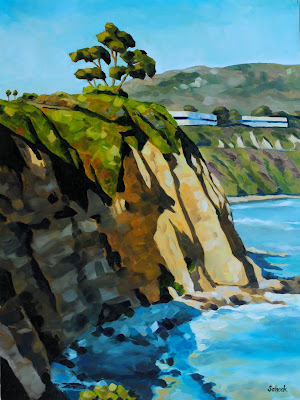 Oil on cradled gessobord, 18x24 inches
SOLD
Here it is in the local paper, I love our little town :) 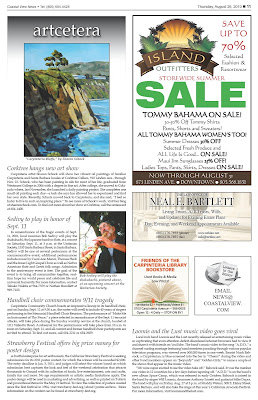 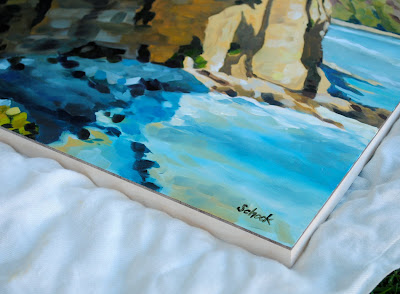 This is the sister piece to the one I did a few days ago Sunrise Palms. It's also hanging at Corktree Cellars. I'm very happy with both of them :) 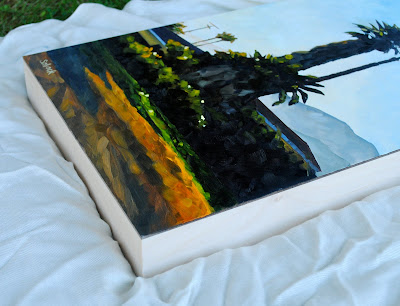 This is another large painting that I did for the show. I gave that awful panel another chance, I added another coat of gesso first, it helped a little, but I'm still not impressed.
This show was a great push for me. I usually view my small 6x6 paintings as like an oil sketch, and then if I really like the composition and colors then I can turn it into something larger. But the problem is I get...

My show at Corktree Cellars goes up tomorrow, I'm excited but I'm nervous too. Ever since I found out (8 days ago) I've been painting non stop... large, and non stop. I felt like I was in school again, and I had a cumulative final that I wasn't prepared for at all. But I did manage to finish 5 new large pieces, this is one of them: 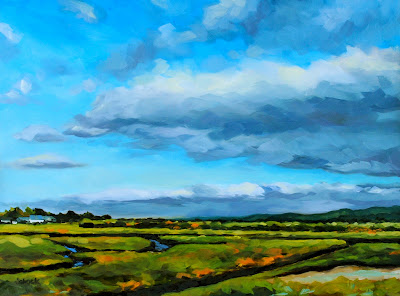 I was trying out a new painting...

Red buildings are so much fun :) I found a ton of great stuff to paint on Stearns Wharf in Santa Barbara, I'll have to go back soon. I actually included some people in this little scene...baby steps. 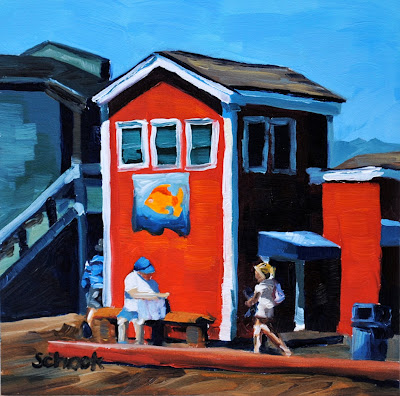 Oil on Ampersand Gessobord, 5x5 inches
To view this painting in my shop click here
SOLD