Really needed that long weekend! Now a little more from Long Beach.  I just had to paint this fun red roof. 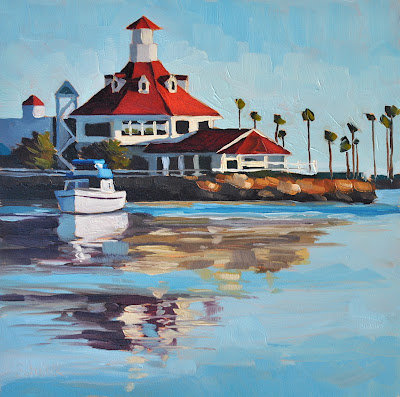 I had a fantastic day at the craft fair here in Carpinteria yesterday :) I kind of wish I could have hired someone to sit at my table for me, I just always feel a little awkward selling my paintings....maybe because it's something so personal (at least to me). Or because I don't want people to feel like they have to say something nice just because I'm sitting there. But all in all a great day :)

Sometimes I like to play with paint...this is one of those times.  I wanted to see what would happen if I painted this landscape as flat as possible.  I really loved how the flat color turned out in the umbrella of this piece, so I decided to paint this little scene keeping the umbrella in mind. 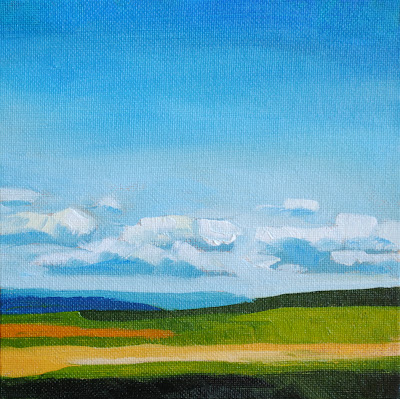 Well all of our stuff is officially inside our new place. The move went super well! Zach bribed some coworkers (with pizza and beer) and they had everything moved in less than two hours, amazing. And after a long day of moving and then unpacking and then....dumpster diving, for our ottoman legs that got thrown out, a shower never felt so good. And I got seven responses to my craigslist ad last...