The final in my little nocturne series, and by far my favorite. Looking forward to the upcoming alumni invitational show at Westmont in a few weeks. 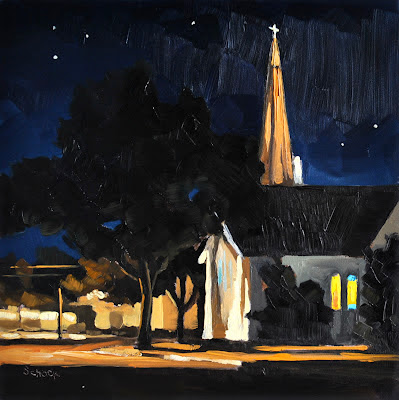 The headlights and reflections off the vehicles is what drew me to paint this scene, had fun with that curb too. 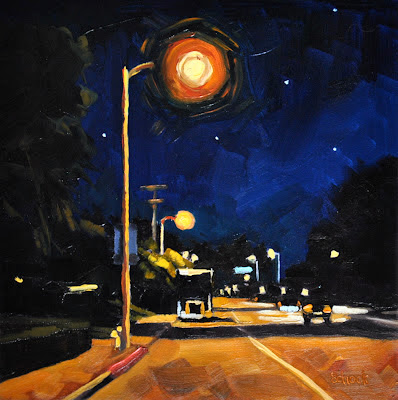 Good news! Part of my show at Divine Inspiration Gallery will remain up until March 2012.  So those of you who didn't get a chance to see it still have time.   I will also be adding some new pieces to the show, hooray!

The more I work on these night scenes the more I like them.  There will definitely be more of these in the future.
In other news, I'm opening my studio this week for all you last minute Christmas shoppers :) Just send me an email if you would like to stop by! 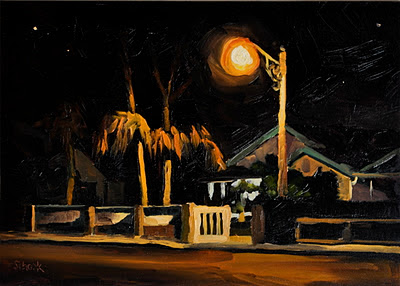 Today was wonderful! That's all I have to say, more details later :) 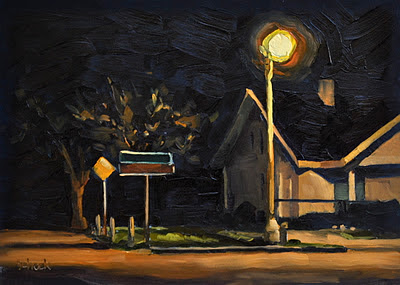 Oil on panel, 5x7 inches
Click to view in my shop