I'm particularly fond of how this piece turned out.  Late afternoon sun on pavement is always fun to paint. 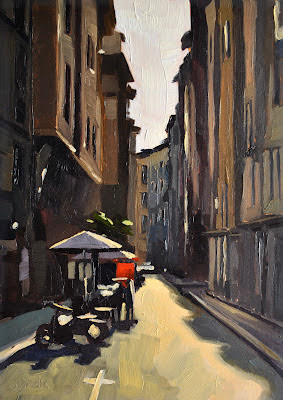 It rained SO hard almost the entire time we were in Lucerne, except for the day we went up to Mt. Pilatus. We had clear skies that day, which was wonderful because I really wanted to go on the alpine slide! But the rest of the time it poured. We went out to dinner before the worst of it started (and forgot the umbrella) and had a pretty fun time running almost a mile back to our hotel in the...

I said I wouldn't paint Gimmelwald (it's too beautiful, I would only make things worse!). But this little section seemed a little less intimidating, so I gave it a go. 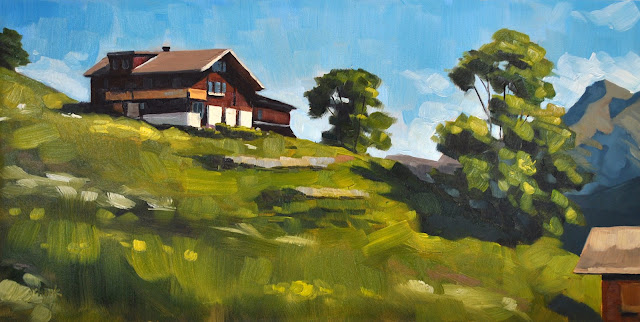 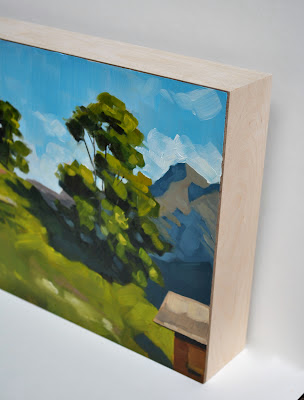 We visited Murren one day while we were in Switzerland, a much larger town than Gimmelwald, but similar in it's charm. 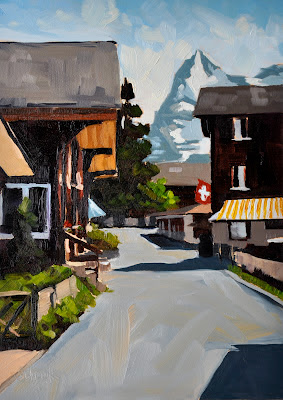 Can you guess what got me really excited when we were walking around Lucerne one day? Yep, I found boats! In water that was such a different color than the Santa Barbara harbor.  Swiss boats yay! 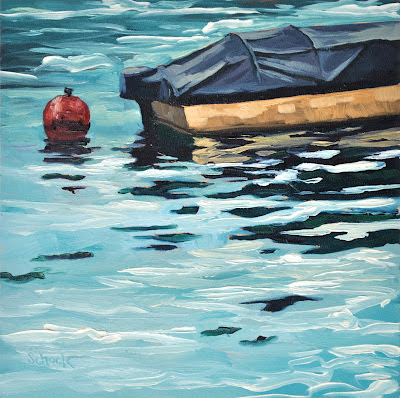